Edward Shearer has a passionate interest in natural health and wellbeing. He wants to share this knowledge and gift through healing and education. He is trained in classical five element acupuncture, specialising in an array of complaints from the simple to complex.
He also offers in Beauty Acupuncture, combining cosmetic and traditional acupuncture methods. 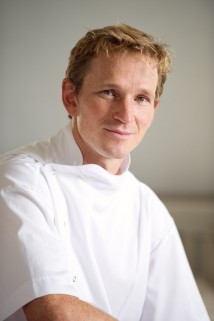 Member of the Acupuncture Society, UK

Specialist teaching and research hospital for neurological, stroke and paralysis.

Edward Shearer trained for four years at the International College of Oriental Medicine in the UK, graduating in 2008. He is also qualified in Swedish Massage. See www.orientalmed.ac.uk for more details.

He also trained under experienced acupuncturists at the Tianjin First Teaching Hospital in China (http://www.tjutcm.edu.cn/) in 2007. This is well known for treating stroke victims as well as other neurological, muscular and skeletal disorders. Patients come from as far as Australia and New Zealand for long-term recuperation.

Edward Shearer started on the path of Chinese health practices in 1996, beginning with qi gong (pronounced ‘chee gong’, lit. ‘energy work’) and Wing Chun, Shaolin and tai ji martial arts (pronounced as written but often, also ‘tai chee’). Daily tai ji quan (‘chuan’) and qi gong practice he regards as an essential and inseparable aspect of being an acupuncturist. The philosophical and practical themes at the root of health, qi gong and the martial arts are the same.